In an engaged conversation with Robert Llewellyn we are talking about his motivation to start and run Fully Charged, a show, podcast & event series about electric transportation & cars as well as renewable energy and #StopBurningStuff–Find additional information and a transcript at https://the2pt5.net/robertllewellyn/–Enjoy the show!–Innovators & creators from around the globe help each other by sharing highs and lows, their motivation and creative passions as well as their favorite methods, tools and ideas: https://the2pt5.net/The podcast is hosted by innovation coach Dr. Klaus Reichert in #TheLänd Baden-Württemberg in the Southwest of Germany: https://www.klausreichert.de/

Klaus Reichert: Robert, when I started to do research on you on the Internet, I found really extraordinary things, so we need to get these out of the way first.

Klaus: My first question is, are you a mechanoid guising as a human trying to take over the world?

Robert: [laughs] Yeah, sometimes I wish. No, I’m not. I’m a human underneath the mechanoid.

Klaus:  So we can rule out the mechanoid thing. [laughs]

Robert:  Definitely not a mechanoid. No. [laughs]

Klaus: Welcome to The 2pt.5 – Conversations Connecting Innovators. My name is Klaus. I’m an innovation coach in Baden Würtemberg in the southwest of Germany. Innovators and creators from around the globe help each other by sharing highs and lows, the motivation and creative passions, as well as their favourite methods, tools and ideas. The name of the podcast comes from the 2.5% innovators from Roger’s Diffusion of Innovation Theory. Find more details, all the episodes and transcripts at www.the2pt5.net. Enjoy the show.

Klaus: In this episode of The 2pt5 Innovative Podcast, my guest is Robert Llewellyn. Robert is a bit of an electric car fan and a very multifaceted personality. With his convictions, ideas and lots of time and energy, he’s an important part of the transformation of mobility, including, but not limited to, the generation of renewable energy. As a comedian, actor, presenter and writer, he has started Fully Charged as a YouTube channel with an engaging video in 2010, informing about electric cars, renewable energy and ranting about obstaclos, if that is actually a word. My name is Klaus. This is Robert Llewellyn, and this is The 2pt5 Innovative Podcast.

Klaus: Robert. Welcome to the podcast.

Robert:  Thank you very much for inviting me. Thank you, Klaus.

Klaus:  Robert. How did I do as a non Welshman pronouncing your name?

Robert: You did extremely, extremely well. [laughs] You did better than most English people do because they get it wrong very often. And I… particularly Americans… In America, I gave up. I became Robert Lou Alan because they thought it was like three names. But my grandparents… three of my grandparents were Welsh, and they would pronounce it correctly as a Welsh person, and the nearest I can get is [ˈɬwelɨn]. So it’s soft… the first two l’s are soft, but the second two aren’t so. It’s a really… There’s a town called Llangollen [ɬanˈɡoɬen], which has the same soft L at the beginning. So it’s [ˈɬwelɨn] is how you would say it if you were Welsh, but because I was… my parents and I were born in England we’re not… I don’t really classify myself as… I’m very… only vaguely Welsh. Only a bit Welsh. [laughs]

Klaus: [laughs] Well, aren’t we all a mixture of whatever was before us?

Robert: Well, I did… I mean, just very briefly, I did a DNA test where you take the swab in your cheek, and I thought I would be Welsh and maybe Scottish, and I don’t know what… you know, and I was hoping for some exotic… just a small amount of African or Asian or something, like, different. And I am Belgian and Welsh. And it’s very specifically South Holland and Belgium and northern France. That little corner, that’s where most of my DNA is from. 55% Belgium… Well, in my family history, there’s no knowledgeable… where, like, grandma was Belgium. I mean, we didn’t know anything. But then historians said, because my maternal grandmother was from London and it is likely to be of huguenot descent. That was the idea, we were from that area. Which is… it is possible, I suppose. So, basically… I’m actually going to drive through Belgium next week, and I’ll feel very at home there. [laughs] It’s my homeland. [laughs]

Klaus:  But that’s great. That gives you an excuse to love waffles, to love chocolate, to love…

Klaus:  I know. When I was living in Belgium, I discovered the… peach beer and…

Robert: Ahh, peach beer. Yes. It’s hard not to like that.

Klaus: It’s just something really special and the framboise which… and the kriek, which are fruity types of beers. And it’s just special. You don’t get it anywhere else.

Robert: No, I’ve never found it anywhere else. No. Yeah. Anyway, that’s my DNA heritage. We’ve done that. [laughs] Sorry about that slight detour.

Klaus: [laughs] Okay, well, names is always very, very difficult, if you start to sort of look at the global level. My last name is Reichert, and it also has these weird [x] as your original pronunciation. And I try to help myself with pronouncing it [raɪkər], which is like a Commander on Star Trek figure.

Klaus: So that helps in certain areas.

Klaus: Robert, when I started to do research on you on the Internet, I found really extraordinary things, so we need to get these out of the way first.

Klaus: My first question is, are you a mechanoid guising as a human trying to take over the world?

Robert: [laughs] Yeah, sometimes I wish. No, I’m not. I’m a human underneath the mechanoid. But that has been such an extraordinary journey, to do that show. So for your listeners that don’t know of Red Dwarf… because I think it’s possibly been shown in Germany. I know it’s really… We are a hugely popular show in the Czech Republic. It’s so dotted where the show gets seen most. For some reason, it’s a very popular show. It’s dubbed into Check, and it’s dubbed into Spanish. I’ve seen it in Spa… So we have old tapes of versions of it where our voices are suddenly Japanese, Spanish or Check. I don’t think I’ve ever heard German. Definitely not France. They never watch it. Dutch people watch it in English because all Dutch people speak English better than we do. [laughter]  But yeah, that’s how I play a mechanoid, a robot. Although we’re not… I’m not allowed to call him a robot. He’s a mechanoid in a science fiction comedy show that’s been going for a long time. We started making it in 1988 and we made the last series -though we may make more- in 2019. So it’s been going for 31-32 years.

Klaus: Wow, I was really surprised when I heard about that. So we can rule out the mechanoid thing.

Robert:  Definitely not a mechanoid. No. [laughs]

Klaus: Okay. [laughs] Your wife is from Australia. Had she seen your TV programmes before she agreed to marry you?

Robert: No, no. [laughs] No, she hadn’t. But even if she had, she’s a very… I’m going to describe her as very grounded. She’s a very grounded woman. She doesn’t get impressed by things like that. So she wouldn’t have been impressed at all. [laughs]

Klaus:  I wasn’t thinking of being impressed. [laughs]

Robert: Or she wouldn’t have been interested. She would have had no interest whatsoever. [laughs] So she keeps me, she keeps my feet very firmly on the ground. She’s not.. she doesn’t do that stuff. So yes. I mean, the only… I was in a gym a while ago, and I noticed in the background -I didn’t go anywhere near him- Lewis Hamilton walked into the gym briefly to have a look and then left. And I told her that, and she was very excited to meet Lewis Hamilton. She was not excited to meet me, her husband, but there was Hamilton too. So, you know, there are very few people in the world that she would be impressed to meet, but he’s clearly one of them.

Klaus: [laughs] Well, you have so much in common. You like cars.

Robert: Yeah. Well, I always think I’m just about as good a driver as Lewis is. [laughs]

Klaus: All the other people are idiots on the road, but you yourself, you’re always the best driver.

Klaus: You and Jeremy Clarkson, are you mates?

Robert: No, [laughs] I don’t think we could be described as mates. I’ve met him twice when we were both working at the BBC. The BBC has an annual party of, you know, the people who are on the shows, and so we met at one of those. And he was very funny and very rude. I can’t really repeat what he said -he had a lot of expletives in it- but he made me laugh. I think he’s very funny, but I think we generally would disagree on just about every possible topic there is. [laughs] But I have a huge admiration for him because I think he’s funny. You know, I don’t like what he says. I don’t agree with him, but you know, he can be very amusing. He can also be incredibly annoying, so I don’t know. He’s certainly not a friend or… you know, he’s someone I’ve met. I think if he could remember meeting me, he would probably feel the same way. But I’m sure he doesn’t remember. It was a long time ago.

Klaus:  Now that we have cleared that out of the way, we can go back to our regularly scheduled programme. [Robert laughs] Thank you very much. Nowadays you are a sort of media mogul and at this time, Fully Charged, which you started, which you host, which you… whatever, whatever, whatever, is almost like a media empire with a major YouTube channel, a podcast, a series of conferences, a smart city movement. You assembled a team around the globe, which is… lots of cool presenters, producers, camera people and many others that are involved in making these items and many people supporting the channel. You started, I think, a movement and it’s fair to say that Fully Charged has sort of contributed substantially to these electric cars and renewable energy transformation. And it all started with, dare I say, a rant in the summer of 2010 with one video, and I think that shows a lot of courage.

Klaus: And this started from comedy. You talked about electric cars in 2010 on YouTube. I mean, what could go wrong? 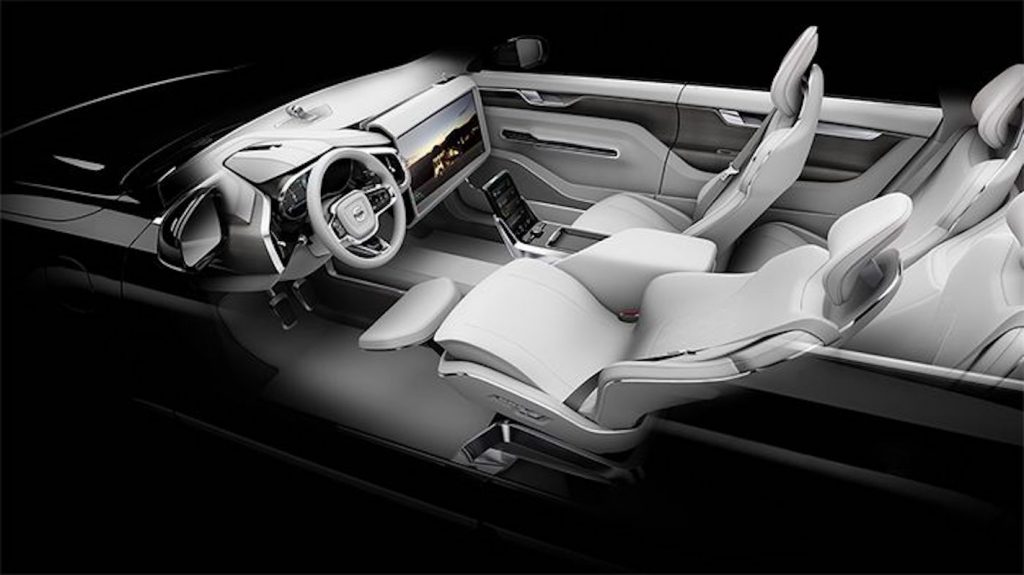